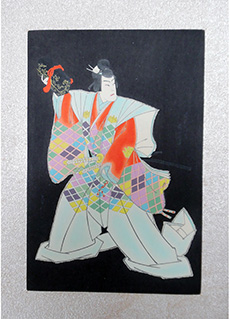 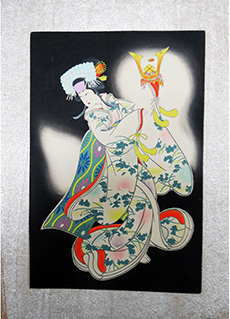 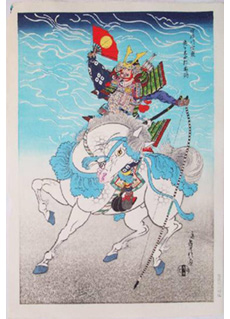 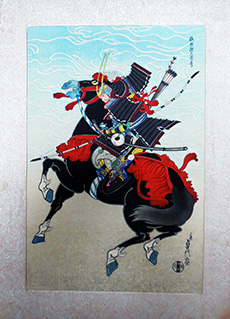 Sadanobu Hasegawa III (1881-1963) is the third in a long line of Japanese printmakers, following his father and grandfather into the profession. He was born in Osaka as the son of Sadanobu II. He was the pupilof Shijo painter Ueda Kocho, and later became a pupil of Utagawa Sadamasu, becoming a member of the Osaka school. Most of the woodblock prints by Sadanobu Hasegawa III were made after World War II. Sadanobu Hasegawa III also had a son who followed in the family tradition and was active until the 1980s.

Sadanobu Hasegawa III worked to adopt the art of Japanese printmaking to the 20th century. Most of his work was commissioned by the Uchida company in Kyoto, one of the largest publishers of woodblock prints in Japan at the time.

His woodblock making technique followed the old Japanese tradition of hand making all of the blocks. He did add some more modern features to some of his prints like embossing of metal pigments.

Sadanobu Hasegawa III adopted a style which was a combination of old okiyo-e traditions, with a modern approach. His subjects included the traditional focuses of ukiyo-e tradition such as kabuki theater, the bunraku puppet theater, beautiful girls from Kyoto, as well as scenes and events from Japan's medieval history and legends. His work primarily catered to the foreign market, and his selections of colors and subjects almost portrayed a Disneyland image of Japan. Even with the more modern approach, he always kept his foundation rooted in the traditional techniques, while focusing on good artisan work.