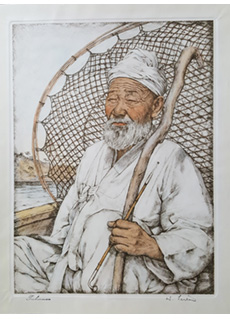 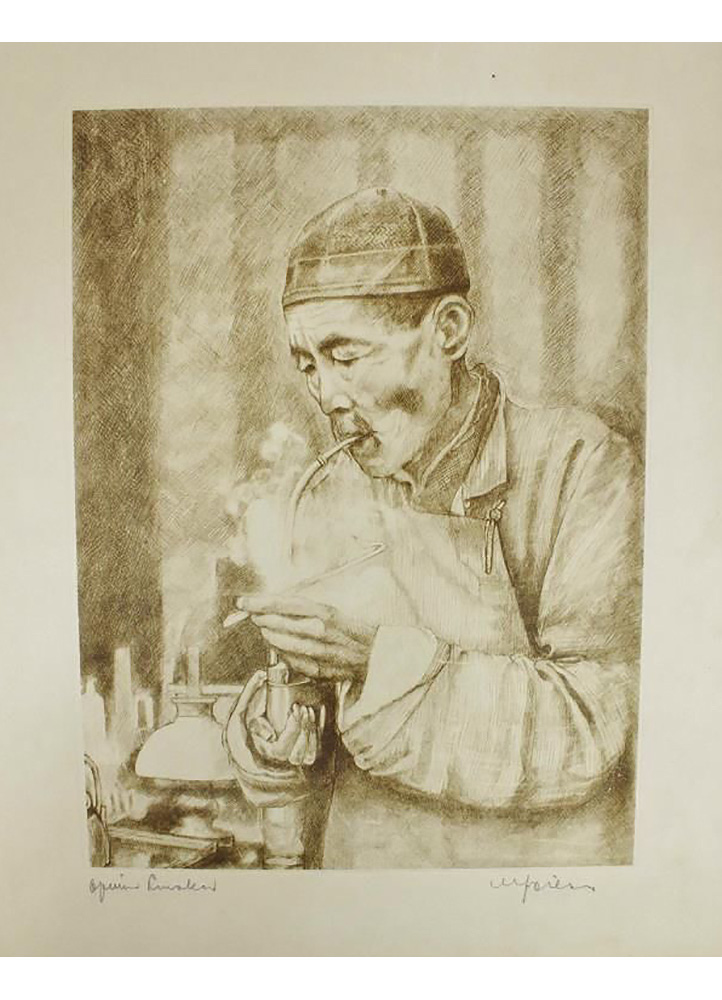 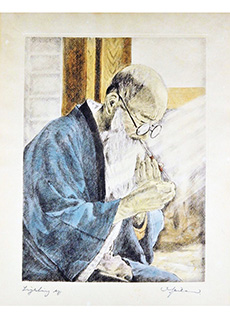 Lighting Up by Willy Seiler

Willy Seiler was born in 1903 in Germany. He started his art studies in Dresden, and then continued on with his studies in Munich, followed by a two-year stint in Paris. During his early years, he spent much of the time traveling in Europe and Asia. After World War II he settled permanently in Karuizawa, Japan when he became an art professor at the American Army College in Tokyo.

His primary printmaking technique was etching, forgoing the traditional Japanese woodblock process. This allowed him to simplify the print process, and bypass the use of Japanese publishers, while artfully combining the Western etching process with his tasteful depiction of Eastern subjects. In addition to personally managing the etching process, many of his prints were also colored by hand.

Willy Seiler’s prints were primarily published in limited editions and are signed and numbered.

Seiler’s prints typically show idealistic scenes of Japanese and Korean landscapes and people. The prints reflect the idea that Western people have of the east at the time.

His etching of General MacArthur received praise directly from the General, as well as the Pacific Stars and Stripes.

Willy Seiler exhibited all over the world including Rome, Paris, Jerusalem, Teheran, San Francisco and Mexico City, to mention only a few.