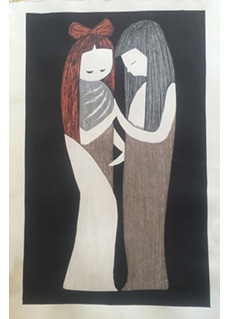 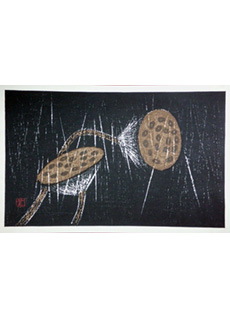 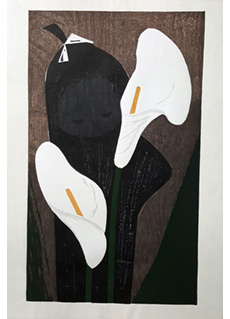 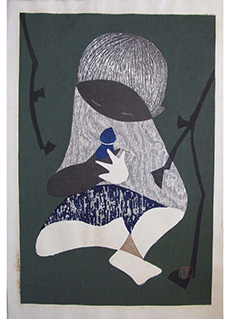 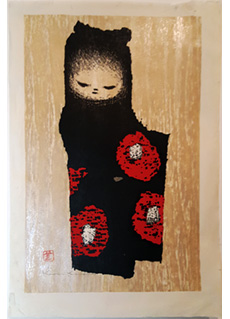 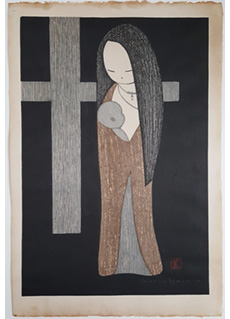 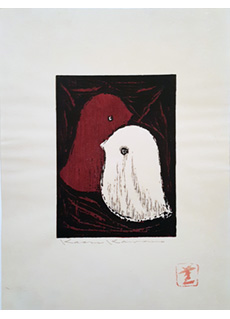 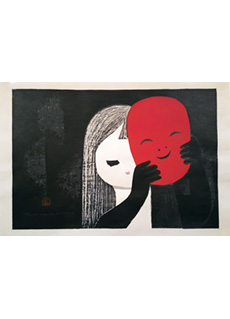 Girl With Mask by Kaoru Kawano 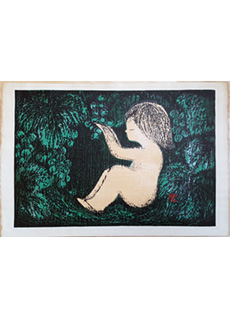 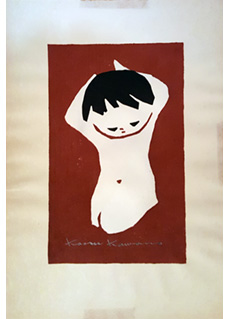 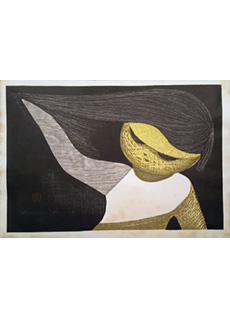 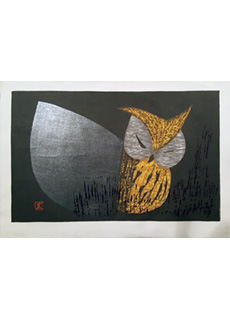 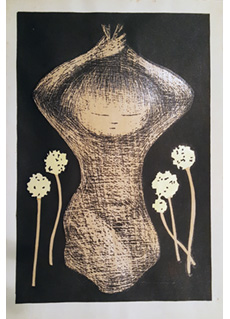 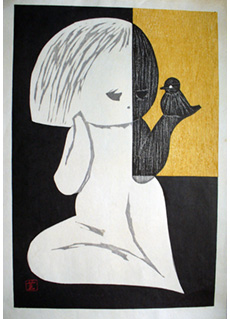 Girl and Bird by Kaoru Kawano 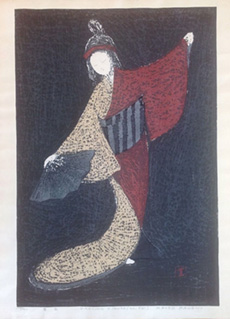 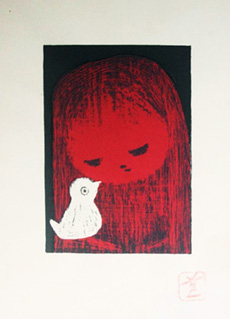 Child and Bird by Kaoru Kawano 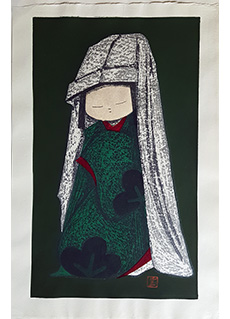 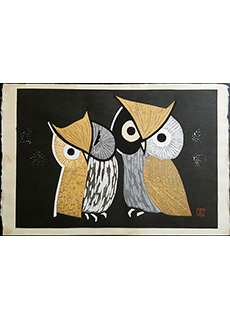 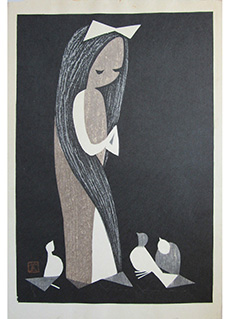 Doves and Girl by Kaoru Kawano

Kaoru Kawano was born in 1916 in Hokkaido. In 1934 he studied art at the Kawabata Art School and was accepted by the Japan Print Society. World War II interrupted his work, and he ended up as a prisoner in Serbia. He survived and continued his work as an artist after the war was over. In 1954 he was awarded the Koguga prize and his work began to be recognized around the world, including exhibits in New York, Chicago , Seattle and Yugoslavia.

Using a mix of the old tradition of Japanese color woodblocks, as well as the Western approach, he creates a simplified, yet impressive, interpretation of his subjects. Kaoru Kawano mostly focused his art work on the subject of children and animals, although he has done some landscapes as well. In particular his work on denoting young girlhood gave him national recognition across Japan.

One of the biggest differences that sets Kaoru Kawano apart from other woodblock artists in his generation is the use of the grain in the woodblocks to his advantage in each of the pieces of art that he creates. It creates a beautiful element of texture and layering to his prints.

He has done both open and limited edition prints, while signing most of the work that was completed during his lifetime. The posthumous prints are noted by a PH with a circle around it usually on the verso of the print.

Kaoru Kawano’s prints can be seen in numerous places including the archives of many art museums. Museums such as the Art Institute of Chicago, Harvard University Art Museum in Massachusetts and the Brauer Museum of Art at the Valparaiso University in Indiana all have Kawano prints in their collections.