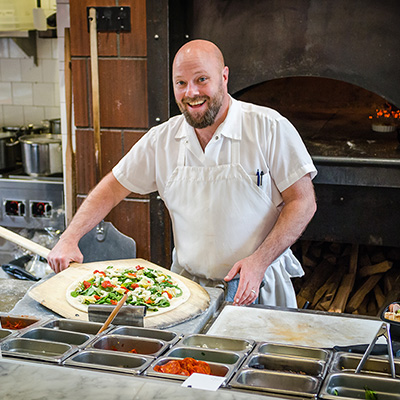 Nicholas Doughty is our first featured artist highlighting the impact of Japanese art on modern emerging artists. Nicholas is an artist out of Portland, Oregon working primarily in the method of pyrography. Stylistically he is heavily influenced by the traditional Japanese Ukiyo-e and Shin-Hanga movements which comes across clearly in the approach to his artwork.

Although Nicholas doesn't produce woodblock prints, the artwork is tremendously impactful in its current form as one of a kind ink, pencil and pyrography works on wood panels.

There is something highly engaging, personal, relatable and emotional in the work he produces. You can imagine each person and hear their thoughts, feel their emotions and understand their intentions through the detail he puts into each scene. Or you can step back and look at the work as a whole and feel a sense of familiarity like you've been there before and it's a memory that you've had.

Many of the scenes which Nicholas creates are centered around his 25+ years working in the food, beverage and hospitality industry. I picked two of my favorites from his "The Food and Beverage Series: A contemporary reinterpretation of traditional Japanese woodblock art set in the culinary world".

Below are Nicholas' comments on these two works: 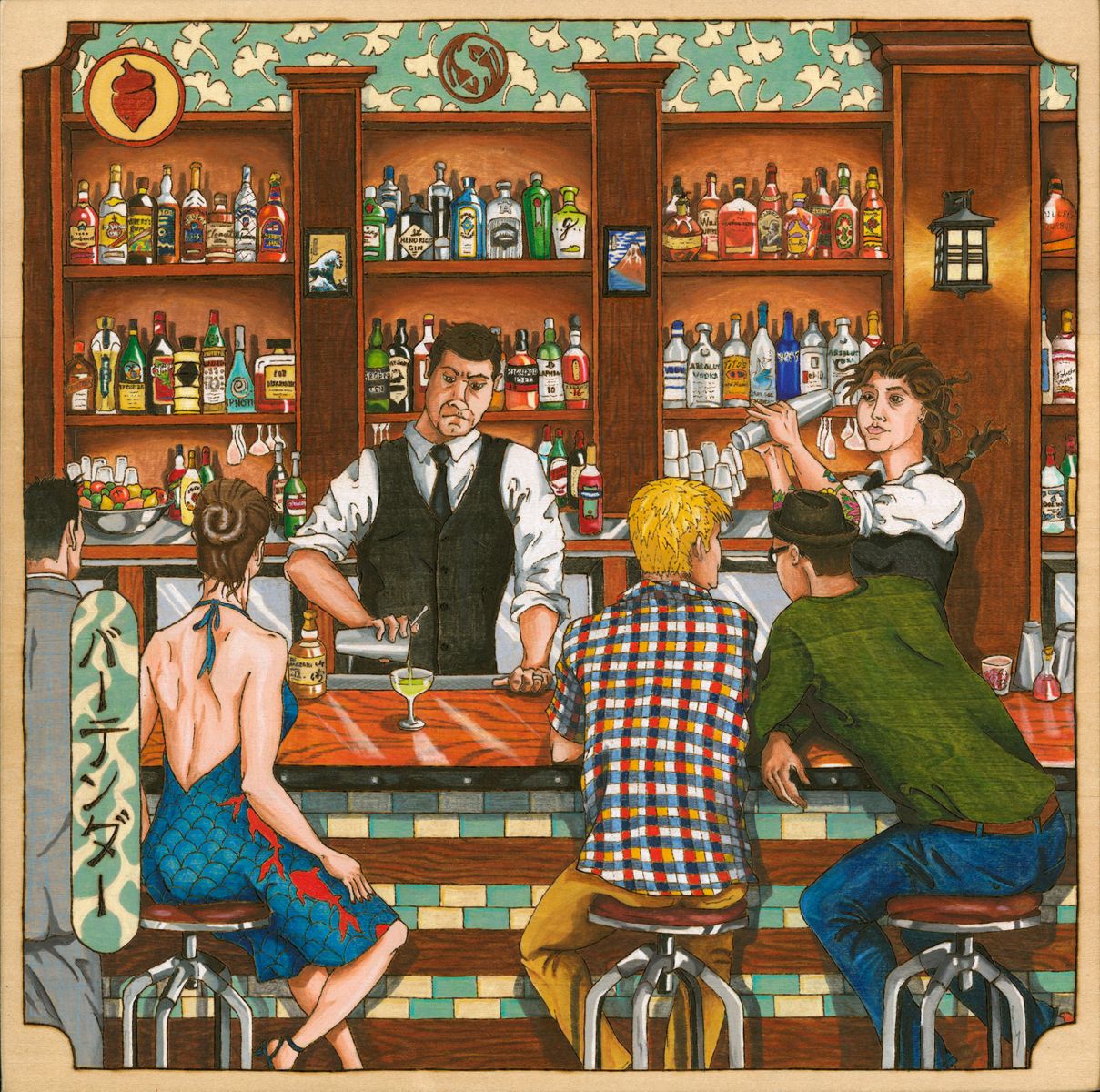 I have tended bar at a number of places and its one of my favorite places to work in the restaurant. If you look closely, every bottle is a real spirit brand by category: rum, gin, whiskey, scotch, etc. This was a brutally detailed piece to do and the first where I used a whetstone to sharpen my burning tips for even greater detail.  The femal bartender is based on a lady named Connie who first taught me the craft in the mid 90s. The male bartender is a mashup of two influential batenders in my world: Jeff Moganthaler in Portland and David Osborne in SF. The piece also shows two styles of bartending: the lady is new school, tattooed and flair while the man is old school,  buttoned up and stirred drinks. Also, look at the two tiny pieces of art behind the bar: two Ukiyo-e masterpieces. 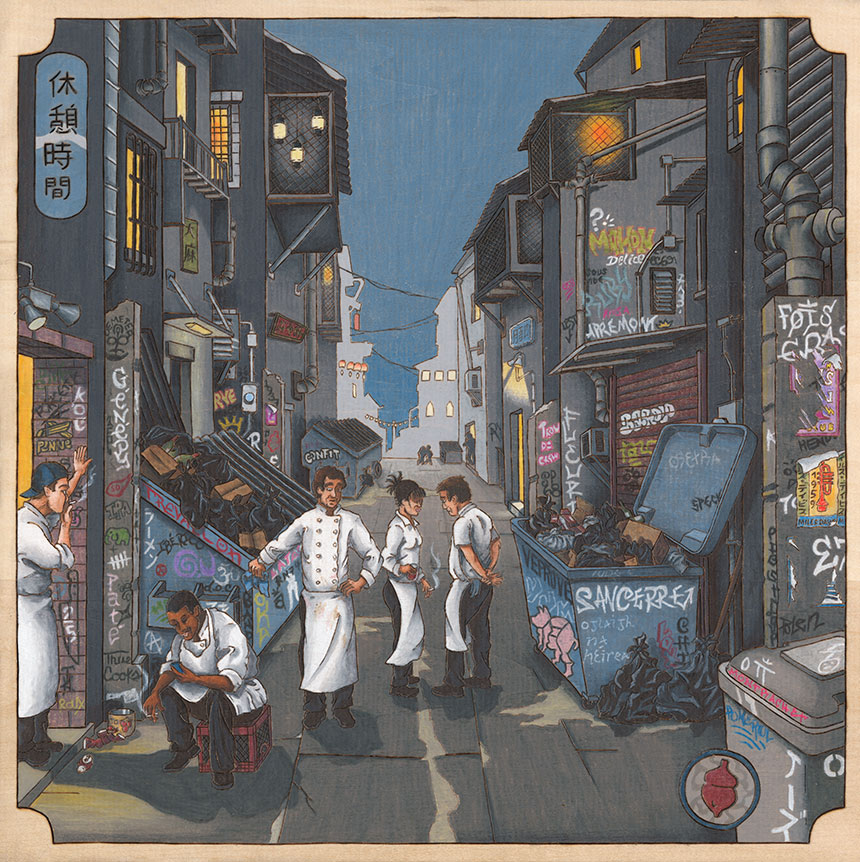 This is based on late nights in the restaurant industry where cooks and front of house sneak out for a quick smoke between seatings. It isnt a real place but looks like any shitty alley in any city. People have many interpretations on which character is which position in the kitchen and what is being said. The graffiti is actually the soul of the piece: they are all names of foods, wines, ingredients, food movements, etc that are important to me. There are way too many to name, but they are all there. This piece was the perfect to end the series much like that smoke in the alley is how you finish a shift.